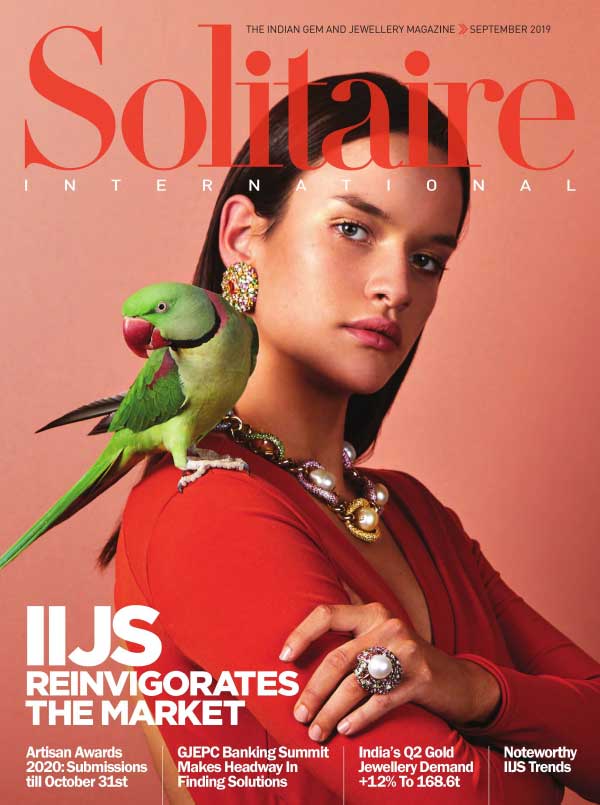 The many jewellery shows held in Las Vegas in June evoked mixed reviews. While the high-end Couture show received a thumbs-up from many exhibitors, sentiments were not so upbeat at JCK and AGTA GemFair. Read the full report on Las Vegas by Cynthia Unninayar in the Cover Story. The JCK State of the Jewelry Industry Report released at the fair was a key indicator of the health of the industry in America. More than 500 respondents, including retailers and manufacturers took part in the survey, which revealed that they are optimistic about the next 12 months. The main challenges the respondents outlined were: online competition, overall economic climate, lack of consumer demand, and lack of millennial demand.

Interestingly, almost a fifth of the retailers in the JCK survey said that lab-grown diamonds were now part of their product mix. Although synthetic diamonds may be growing in popularity in the US, this, however, does not diminish the halo around natural diamonds. Another survey of 2,000 respondents released by the Diamond Producers Association (DPA) and The Harris Poll stated unequivocally that a clear majority of Americans recognise that diamonds created in a factory are not ‘real’ diamonds. DPA CEO Jean-Marc Lieberherr said: “These results are important, and confirm what our consumers tell us: ‘Real Matters’—a perspective shared across generations and one that cannot be replicated in a matter of weeks.”

Lightweight prêt wear diamond-studded jewellery is a growing trend in the Indian jewellery market. The prospects of this category growing exponentially are very good, especially since jewellers are now focusing on designs that appeal to the younger generation. Read the opinions of top Indian jewellery retailers in Retail View.